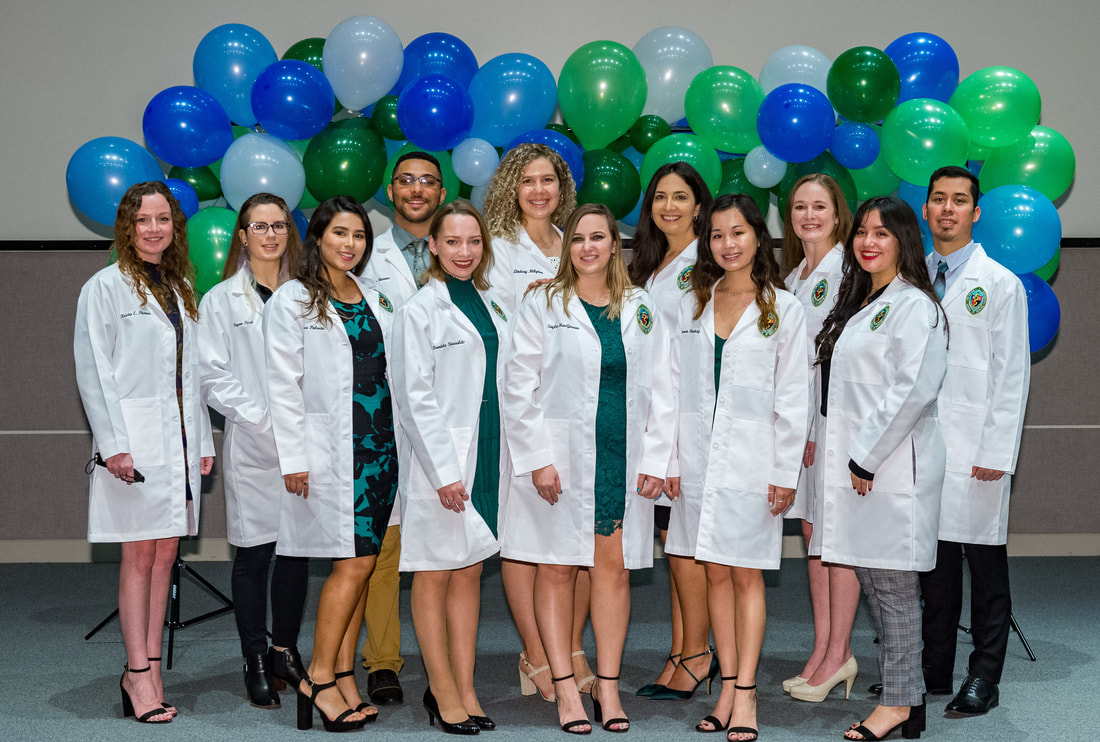 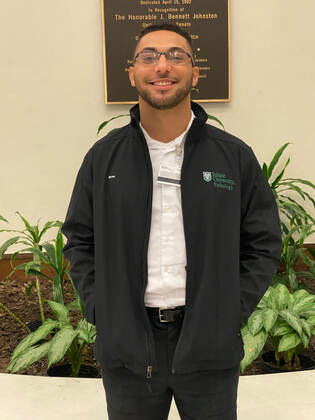 ​Curran Barnes
Curran is from the small-town Sterling, located in the pioneering plains of northern Colorado. He earned his Bachelor of Science in biological sciences with a minor in chemistry from the University of Northern Colorado in 2017. During his undergraduate education he secured a laboratory assistant position at Summit Pathology, and there developed a profound admiration for Pathologists’ Assistants. He has three years of grossing experience as a Gross Technician and a total of five years of direct field experience. Curran is beyond proud to be a part of the Tulane family and accepted into the second cohort of the Pathologists’ Assistant program. Roll Wave! 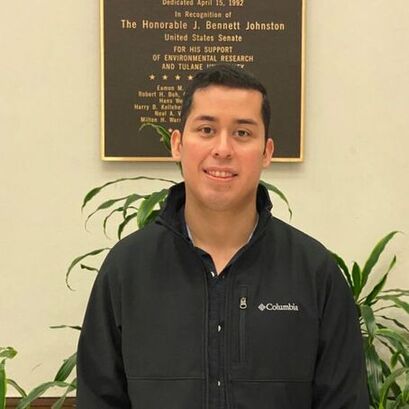 ​Jorge Canela
Jorge is originally from Mexico, but was raised in Dallas, Texas. While working on his B.S. in Biology at the University of Texas at Arlington, he had the privilege of working in a microbiology laboratory where he discovered his passion for the work done in laboratories. After earning his degree, he joined a histopathology laboratory where he learned of the important role pathologists’ assistants play in the diagnostic process. After shadowing and doing a thorough investigation into the life of a PA, he realized this was his calling and found the perfect program at Tulane University. Jorge enjoys spending his free time listening to podcasts and petting dogs. 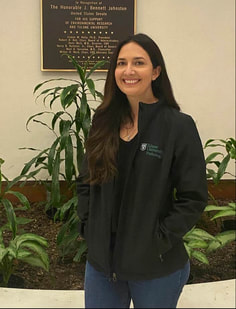 ​Kendra Conner
Kendra was born and raised in Plant City, Florida. In 2013 she moved with her husband and 3 children to Nashville, TN. After working as a professional photographer for many years, she decided to pursue her dream of working in the medical field. She attended Middle Tennessee State University where she earned a Bachelor’s degree in Genetics and Biotechnology. While job shadowing in the surgical pathology department at Vanderbilt, she realized that she had found her calling. After graduation, Kendra took a position at a pathology lab where she worked as a grossing technician, histotechnician and immunohistochemistry technician. In her free time she enjoys traveling, figure skating, hiking, watching The Office on repeat and spending time with her family. 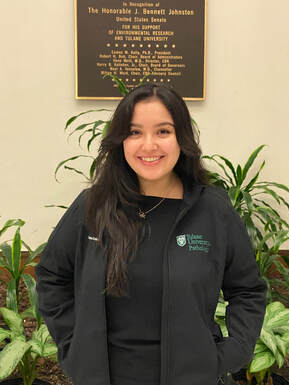 ​Tatiana Cubillos
Tatiana was born and raised in northern New Jersey. In 2019, she graduated from Ramapo College of New Jersey with a B.S. in Biology. During her undergraduate career, Tatiana worked as an Emergency Medical Technician for two years. Working as an EMT solidified her desire to work in the healthcare field, but she was still not exactly sure where she fit in. Finally, after taking Anatomy and Histology during her senior year, Tatiana realized that the laboratory beautifully combines her love for science, art, and patient care. She discovered the pathologists’ assistant profession after some research and had the opportunity to shadow a few pathologists’ assistants. After graduating from RCNJ, she continued to work as an EMT during the COVID pandemic, and then went on to work as a Medical Laboratory Technician at a COVID testing laboratory. Tatiana is proud to be part of the second cohort of Tulane’s Pathologists’ Assistant program and is excited to begin the journey she was meant to take. In her free time, she enjoys watching horror movies, traveling, drawing, napping, eating, and more eating.  ​​ 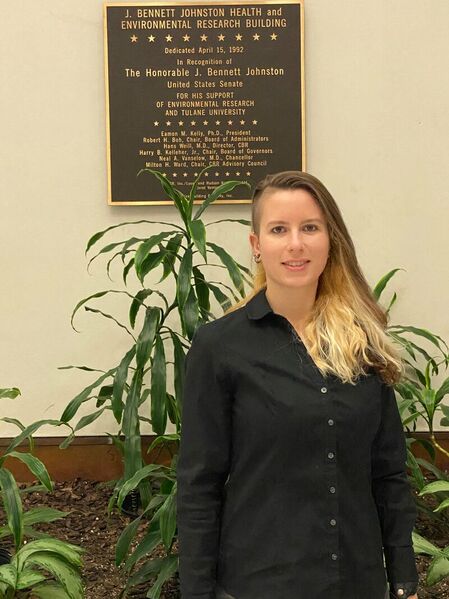 ​Tegan Feret
Tegan was born in Michigan and spent her early life growing up in Aurora, CO. Since a young age, she was always conscious of an affinity for both the scientific and creative endeavors. Born the daughter of both a nurse and a physician, Tegan inherited her parent’s inclination toward healthcare and the world of medicine. She completed her Bachelor’s of Science in Biology at the University of Colorado Denver with the intent of pursuing medical school. While in undergrad, Tegan interned at the University of Colorado Hospital in the Department of Surgical Pathology where she first learned about the field of Pathology. Questioning her original plans, she continued to work in the lab after completing her bachelor’s and soon discovered a career path with the potential to merge both of her passions. When other impassioned pathologists’ assistants encouraged her to apply to the emerging program at Tulane, she was convinced that this was an opportunity she had to take. Beyond her studies, Tegan is a novice drummer and proficient pianist who creates graphite drawings, spray paintings, loves seafood and her motorcycle. 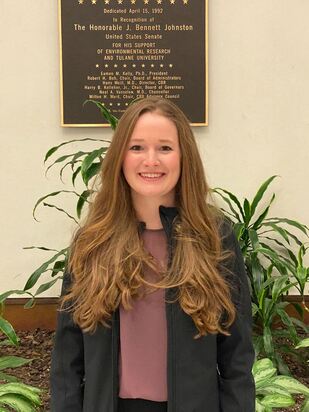 ​Alexis Lello
Hello! My name is Alexis Lello. I was born and raised in the south suburbs of Chicago, IL. I graduated from the University of Illinois with a Bachelor’s in Animal Science with a concentration in pre-veterinary, medical, and sciences. As an undergraduate student, I was a research assistant in the Human Science and Nutrition laboratory working with piglets. I loved dissection days and grew a passion for the laboratory. After researching different graduate programs, I came across the description of a pathologists' assistant and knew that is what I wanted to become. My journey led me to shadowing pathologists' assistants at different hospitals in the Chicago area and continuing my education by learning about the human anatomy and physiology. I am thrilled to be here at Tulane University and cannot wait to experience some of the opportunities that this program has to offer! 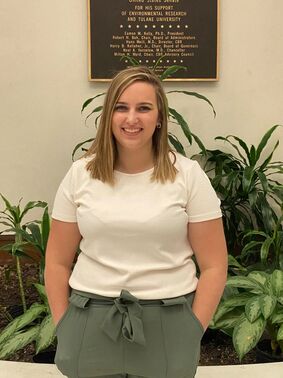 
​Taylor MacGowan
Taylor is originally from Massachusetts. She earned her bachelor of science in biology from the University of Alabama in 2018.  Pathology has always been one of Taylor’s main interests, but it wasn’t until the summer of 2017 when she learned about the Pathologists’ Assistant profession. The moment she discovered this field, she knew this was the career for her.  After graduation she worked as a grossing technician in two pathology labs in Boston, but she is excited to be back in the south now. In her free time, Taylor likes to read books, cook and hang out with her friends. 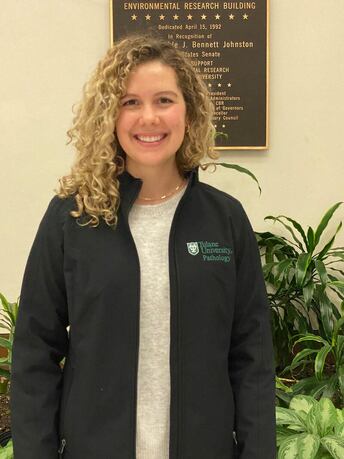 ​Lindsey Milgrom
Lindsey was born and raised in Fresno, CA. While earning her B.S. in Anthropology at UC Davis, she became enamored with gross anatomy. This led her to Denver, CO where she completed her master’s degree in Modern Human Anatomy with a Teaching Certificate in the Anatomical Sciences. Lindsey was first exposed to the pathologists’ assistant career in graduate school, and after thorough research, she discovered it seamlessly combined her love for teaching, gross anatomy, and interpersonal teamwork. She is thrilled to be at Tulane, working toward the career she feels she was meant for, and exploring the oak-lined streets of New Orleans. Lindsey is also passionate about outreach, and when time allows, she loves to travel as much as possible, cook new foods, and get outside! 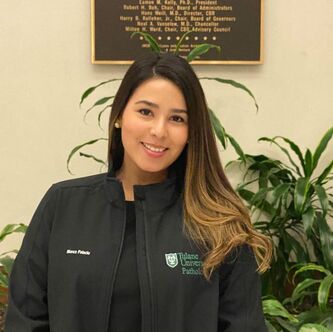 Bianca Palacio
Bianca was born and raised in the beautiful city of Miami, Florida. Although born in Miami, she has a strong Hispanic influence and is proud of her Colombian roots. She knew early on that her interest was within the medical field, with a strong passion for learning anatomy and the development of disease. Therefore, although unsure of which path to take after graduating, she graduated with her BS in Biological Sciences from Florida International University in 2016. After graduating, she went on to work within the health field and was fortunate enough to be exposed to the career of Pathologists' Assistant while working at the hospital. Once realizing this was the ideal career for her, she thoroughly began to research programs and knew almost immediately that with Tulane's unique curriculum and opportunities, this program was the correct choice for her! In her free time, she enjoys nature, fitness, trying new food and loves to travel. 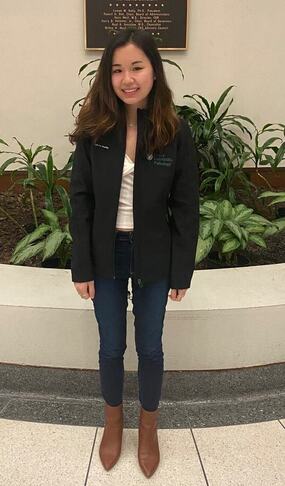 ​​Lauren Ruddy
Lauren was raised in southeastern Massachusetts. She graduated from Colby College in 2020 with a B.A. in Psychology and in French Studies, although she has always known she wanted to pursue a career in the healthcare field. Her undergraduate thesis focused on the ways in which French history and society make the French debate surrounding access to assisted reproductive technology a political issue. After an internship in the Pathology department at Boston Children’s Hospital, she decided to pursue a career as a pathologists’ assistant and applied to the Tulane PA program. She is also considering the possibility of teaching and research following graduation. In her free time, Lauren enjoys spending time with her friends, family, and dogs, as well as baking red velvet cupcakes (with homemade cream cheese frosting), traveling, and watching (only the old) episodes of Spongebob. Her simple pleasures include cilantro, the extra French fries at the bottom of the bag, and cold pillows. 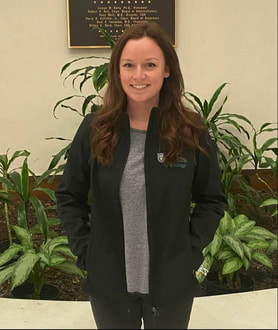 ​Krista Thomas
Krista was born and raised in Kansas City where she found her love for pathology. She received her Bachelors of Science degree at The University of Missouri- Columbia and worked her first laboratory job there, finding her love for the lab. She combined her two loves and ended up in Surgical Pathology at the University of Kansas Health System. There she honed her skills and prepared for Tulane. Outside of the lab, Krista enjoys spending time with her family and friends, watching movies, and reading recipes she will never make. 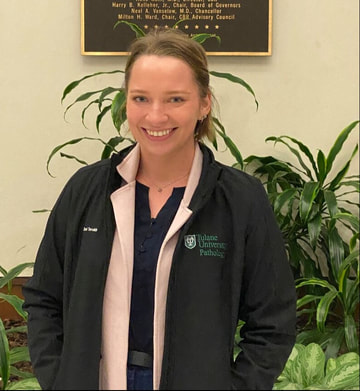 ​Dani Torvalds
Dani first came to New Orleans in 2016 as a Tulane undergrad. She majored in Neuroscience and Psychology with a minor in Anthropology. Throughout her undergrad years, she worked as a gymnastics coach, daycare worker, and research assistant. Following the end of the research project, she wrote and defended a Neuroscience honors thesis titled “The Effect of Viral Vectors within the Postrhinal Cortex on Visual Discrimination Learning on Rats.” She learned about Pathologists’ Assistants during her anatomy class, and immediately became hooked. Her favorite muscle and bone are the gracilis and scapula, respectively. While not studying for her classes, she plans to eat at as many NOLA restaurants as possible and read books while riding on the streetcar. ​
Powered by